← back to
Park The Van 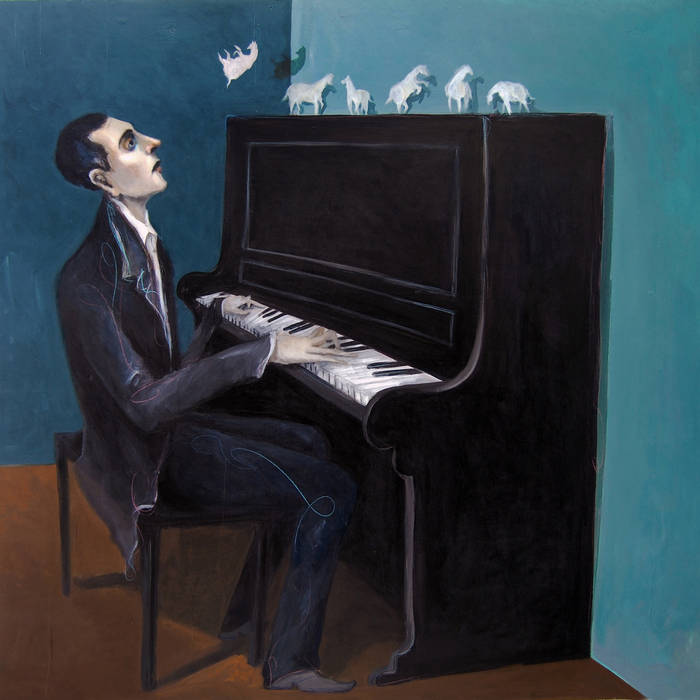 Nik Freitas has always been on his own wavelength. The 41-year-old songwriter, multi-instrumentalist and producer has had a fruitful yet underrated career in myriad sects of the entertainment industry. In the early 2000’s he worked as a photographer at Thrasher Magazine; a few years later he was a touring musician in acts like Conor Oberst and the Mystic Valley Band and Broken Bells; and for the last decade he’s been scoring TV shows, movies and commercials for a living. However, throughout all of those creative ventures, Freitas has identified as a songwriter above all else.

On 1/31/20 he’ll release his ninth album under his own name, Cavalo Morto, via Park The Van. The title means “dead horse” in Portuguese and the album’s gloomy cover art depicts a weathered pianist chugging along at his craft while horses fall from the top of the instrument. It’s a reference to the inescapable mundanity of being a professional artist, a glamorized yet often underappreciated vocation that can wear on a person’s soul if they do it long enough. Although the dead horse is sort of a metaphor for Freitas’ lifelong struggle to be heralded for his own art, there’s a healthy dose of irony in that sentiment. Cavalo Morto is an invigorating set of songs that conflate the classic pop songwriting of Dylan, Bowie, and Elliott Smith with Freitas’ own hermetic twist.

“I’ve always wanted to do it my own way and I always will,” he says proudly. Like all of his albums, Freitas produced, recorded and played every instrument on Cavalo Morto. But unlike his past work, in which his own experiences informed the subject matter, there isn’t a single song on the album that’s directly about him. Instead, Freitas found unexpected inspiration from the names of those around him. “Siwanoy” and “Cabrillo” are fictional stories based on street names from Freitas’ neighborhood, and “Sherri” is a made-up tale about the awkward social dynamics of a loving mother who has to strip for a living.

Others are in fact based in reality. “Water Tower” is a dusky folk-pop song about the first person Freitas knew who committed suicide. The striding, Kevin Morby-esque rocker’ “Are We There Yet” is about the utterly demoralization of last year’s Kavanaugh hearings. “Are we there yet? / to the ending / of pretending life is fair,” Freitas sings briskly during its hook. Most of the melodies on Cavalo Morto are piano driven, but Freitas has an acute ear for when to splash in some warm acoustic guitar strokes or a tasteful electric guitar lick. His first instrument was drums, and even in the record’s least percussive moments, there’s an engrossing sense of rhythm that physically pulls you into Freitas’ creative universe.

Although working in different disciplines throughout the music industry has helped him hone his craft, Freitas has always felt that his music exists in a completely separate universe from his other projects. But the outsider mentality of skateboarding has always stuck with him. “I was a hipster way before hipsters,” he jokes. “I hated everything. We all did, all skaters hated everything. Everything sucked and when you did find something that was cool it really meant a lot of you.”

Freitas found songwriting. And nearly 20 years later he’s not merely still doing it—he’s doing it better than he ever has.

Engineered and mixed by John Gutenberger and Bryce Gonzales down to two track.

Bandcamp Daily  your guide to the world of Bandcamp